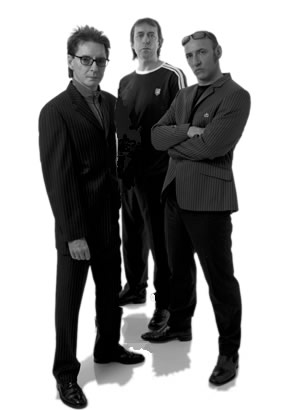 The careers of our best writers and performers may change and develop over the years, but tried and tested talent will always shine through. In 2005, some of the most experienced musicians in the country came together to form Casbah Club, and the chemistry between them resulted in an explosion of exciting new material.

When Simon Townshend’s older brother saw Casbah Club playing live at the 100 Club late 2005, he was so impressed he asked the band to support The Who on tour in 2006. And he’s not that easily impressed to be honest.

So here we are, Summer 2006, and Simon, Mark Brzezicki (Big Country, Procul Harum, The Cult, Pete Townshend) and Bruce Foxton (The Jam, Stiff Little Fingers) are on the road. At least they know exactly what to expect. Simon is a respected artist in his own right and has been touring with The Who for 10 years, and the other band members have done more touring than most. They have a fantastic new album, “Venustraphobia”, all ready for release on 17th June on the independent Stir Music label, and the dates they’ve done so far have gone down a storm.

Simon Townshend said: “The Jam were big fans of The Who, I was a big fan of The Jam, Big Country got their big break supporting The Jam, and now Casbah Club are about to support The Who. What an amazing cycle of events”.

Drummer Mark Brzezicki has known Simon since they were teenagers. “I’ve played at Party in the Park before with some incredible artists. I’ve recorded with Rachel Fuller with both Simon and Pete. Who’d have thought I’d be playing Hyde Park again but this time with Casbah Club with Simon, alongside his brother’s band? You couldn’t make it up!”

Bruce Foxton is typically succinct in his views. “Casbah are not only superb musicians, writers and performers – they are friends, and great fun to be involved with. What more could you ask? Supporting The Who is a boyhood dream and I can’t wait”.

“The Who don’t need us to support them”, jokes Simon, “They have perfectly good walking sticks!”

The liking and respect between the two bands is a serious matter though, and audiences in the UK and Europe are about to discover just how seriously good Casbah Club are. 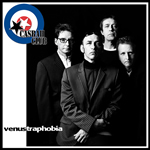